There are concerns over excessive amounts of siltation, phosphates and other nutrients entering Coniston Water and the River Crake. These can cause problems with excessive weed growth and algal blooms. Some of the causes may include poorly maintained septic tanks, the agricultural nature of the area and a variable population number particularly during the tourist season which places additional pressure upon the infrastructure of the catchment.

Coniston copper mine closed in 1898 but the effects of mining are still seen across the catchment. Spoil heaps and mine workings are present and there are elevated concentrations of copper in the sediments of Coniston Water, although these are unlikely to significantly affect the water quality of the lake. 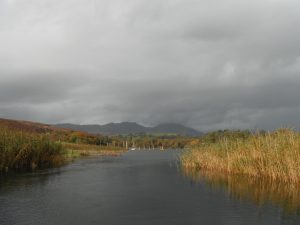 In 2012 the Environment Agency identified a critical population decline in Atlantic Salmon. Contributory factors included a loss of spawning habitat linked to siltation, poor egg and juvenile survival rates due to deoxygenated gravels and a lack of safe river margin habitats. Siltation and over-enrichment are leading to a decline in spawning gravels, accelerated by historic modifications and canalisation reducing the flows and turbulence required to cleanse spawning gravels. Additionally, many of the reedbeds on Coniston Water have declined due to factors such as high nutrient levels, wave wash, damage by canoes and other access and being eaten by non native Canada geese during the early season. 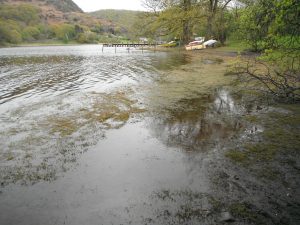 Records of invasive species including New Zealand Pigmy Weed (Crassula helmsii), American mink, American Skunk Cabbage and anglers captures of tench and roach have all increased. These species often out-compete native species, cause damage to local habitat and can spread very quickly to form a monoculture.

For more information please take a look at our catchment maps.